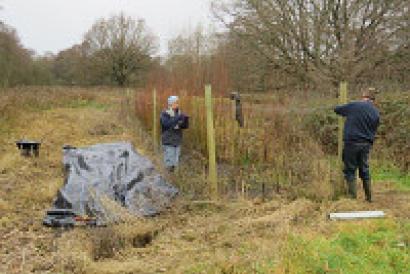 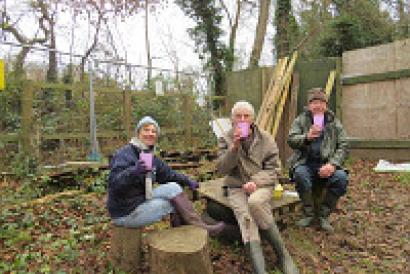 It was a busy day in Hunt Park for the regular members of the team. During the morning we set off for the Osier bed in the park with the intention of extending it to allow for a further row of willows. The photo shows 2 members of the team reinstating the plastic mesh to protect the new plants from deer, and then chicken wire - not to ward off chickens (a species we have yet to see in Hunt Park) but the pesky rabbits. Late morning it was back to the compound to continue clearance work ready for the hoarding to be removed and the site returned to its original state. We stopped for a quick refreshment break - well two actually. The first was a small amount of mulled wine, and then later on tea and shortbread biscuits.