The original Gennets Bridge Lock (GBL) was probably built in 1815 or 1816. It was lock no. 8 counting from Newbridge (between Billingshurst and Wisborough Green) where the ‘new’ canal joined the Arun Navigation to the Wey Navigation, hence the Wey & Arun Junction Canal.

When the Wey & Arun Canal Trust arrived at Gennets Bridge, the lock site could only be seen as a slight change in the ground level and, at wetter times of year, as a pond alongside the Sussex Border Path. Chichester District Council had granted planning permission for GBL in October 2011, but it wasn’t until July 2015 that contractors started driving piles on site.

Once the contractors had built the basic structure, it was over to the volunteers to turn the hole in the ground into a canal lock. This phase took just over two years and Gennets Bridge Lock was officially opened on 21st April 2018.

The elegant arched bridge at the lower end of the lock is entirely the work of volunteers, while the lock is faced with locally made bricks so that its appearance is similar to the original.

The Trust spent about £375,000 on the Gennets Bridge project, including the lock, bridge, the approach road and the new Oakhurst winding hole. Some of the funds came from a legacy from Mrs Peggy Gledhill MBE, while the remainder was achieved through fundraising and members’ donations. 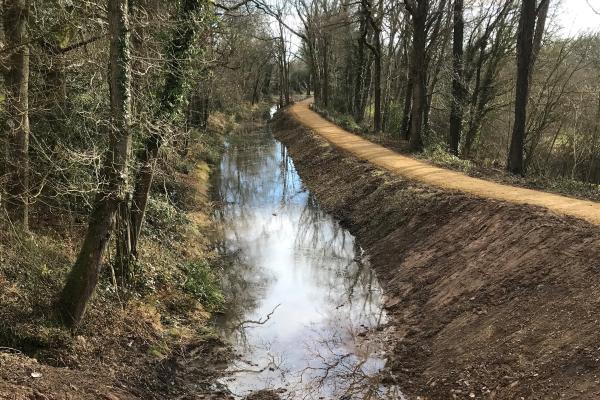 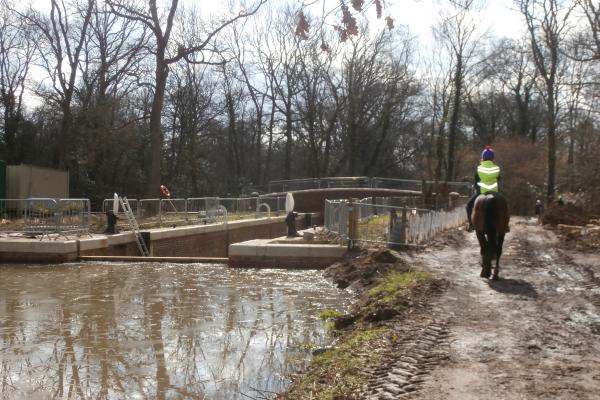 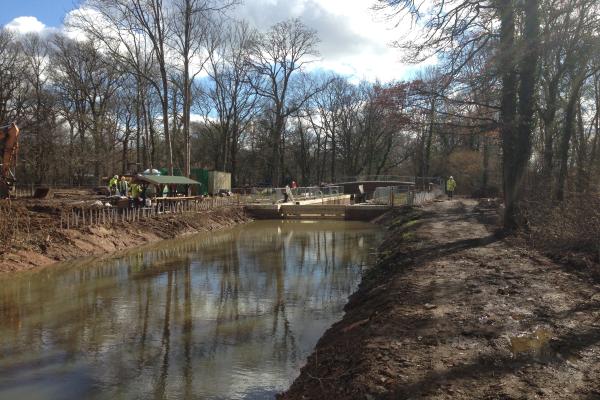 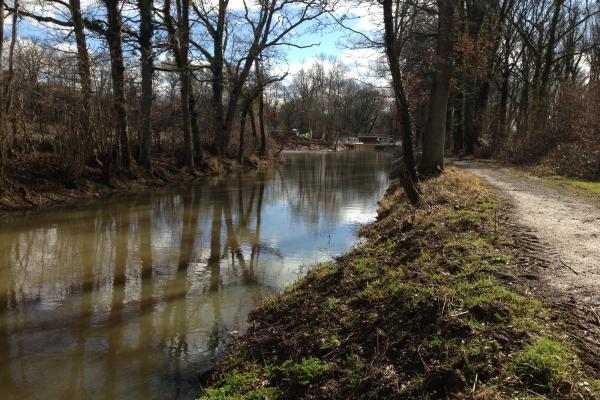 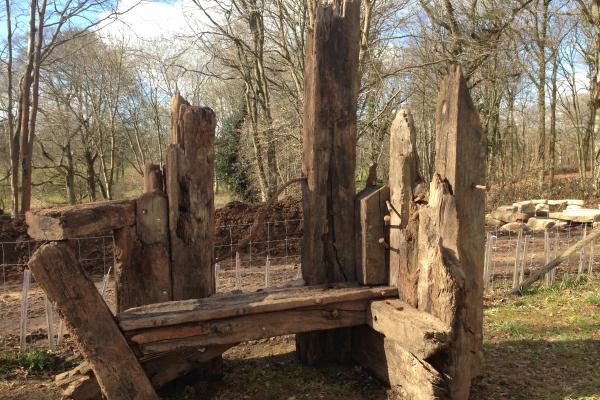 The seat is made of recovered original timbers from the lock, commissioned by the landowner Nigel Gibbons.
Credits: Dennis Gillen - 8 March 2018 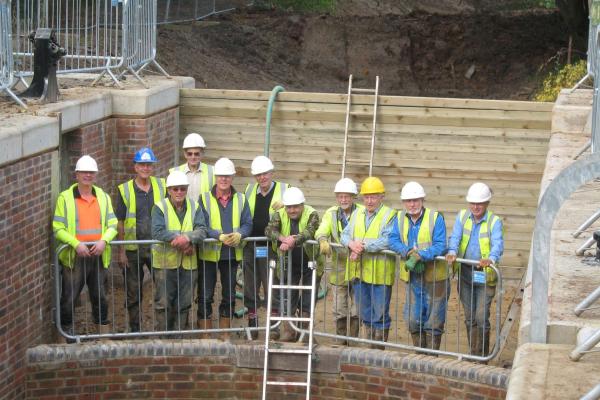 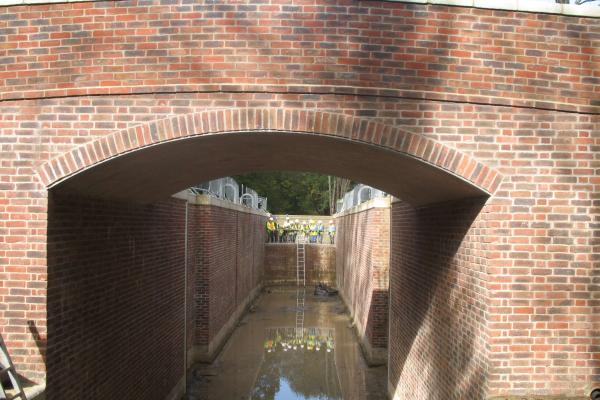 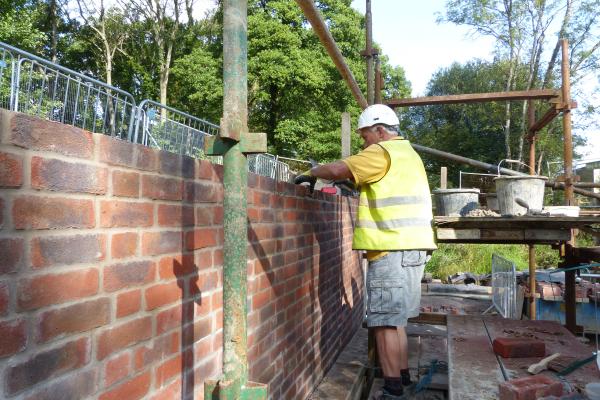 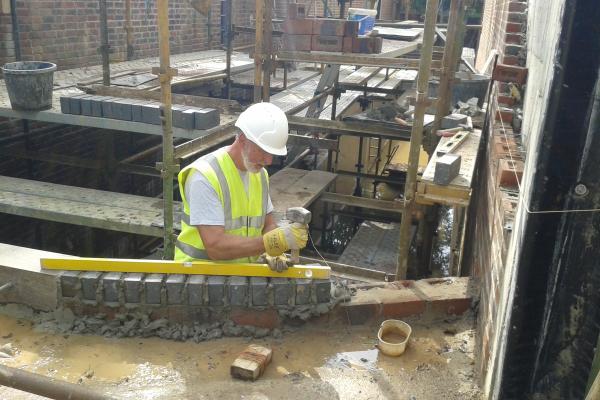 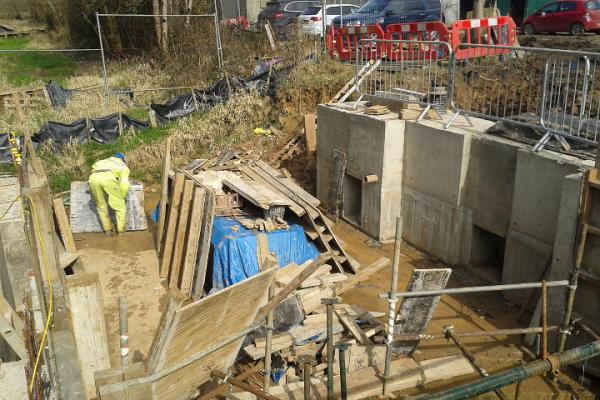 The concrete casting for the upper offside cill is now complete, with the paddle culvert to the right and the back pumping culvert to the left. The bare concrete will be clad in bricks in the same way as the main chamber walls.
Credits: Geoff Thomas - 16 March 2017