The canal route across Loxwood High Street had been blocked since the late 1890s and involved a complex and costly project lasting five years to get it to the flagship site it is today, where it houses the Canal Centre and is home to our three trip boats: Zachariah Keppel; Josias Jessop; and Wiggonholt.

The work was divided into three phases: In the first phase, in 2005, Trust volunteers built a new lock next to the road. In 2006, the section of canal next to the Onslow Arms pub was lowered to provide enough headroom for the new bridge, without altering the level of the road. The third phase finished the jigsaw by connecting the new lock to the lowered section of canal.
Some £2m was spent, achieved through members’ generosity and donations from Charitable Trusts. 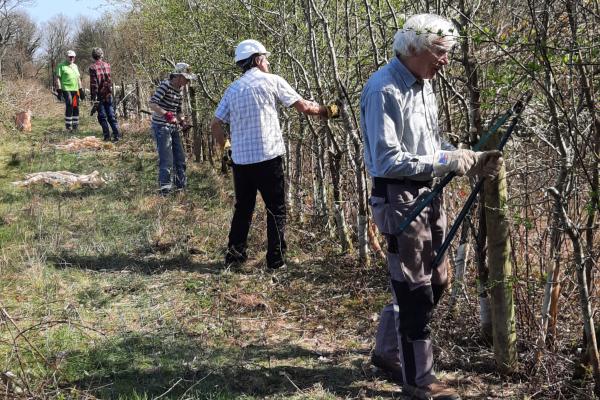 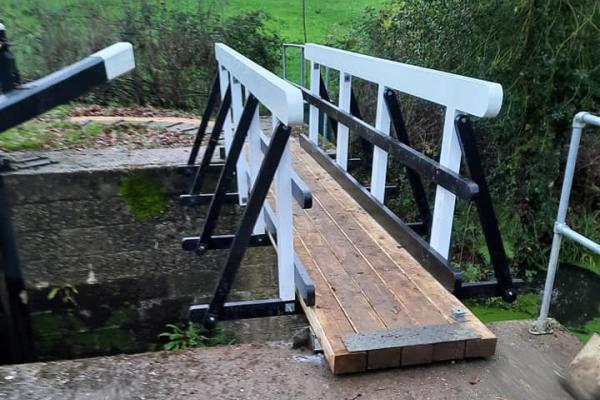 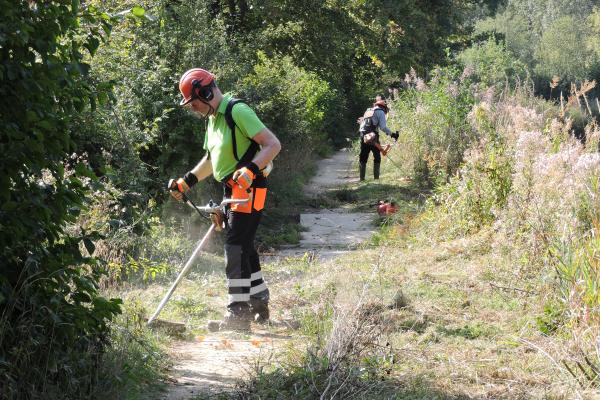 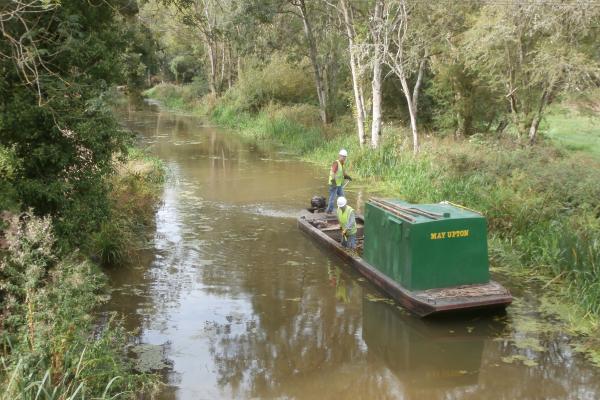 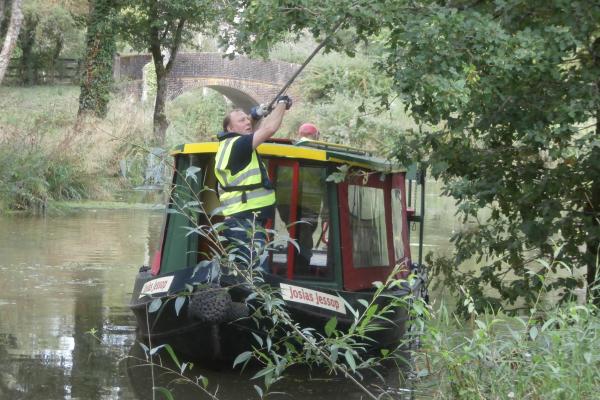 Our volunteers don't only keep the towpath clear. They also keep the canal safe for paddleboarders, kayakers, canoeists & our own boats. Our PEST team (Passengers Environment Safety Team) clear parts of the canal that other working parties can't reach
Credits: Julian Nowell - 4 September 2020 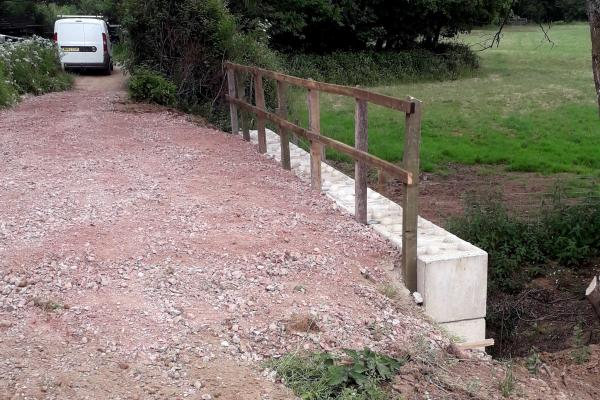 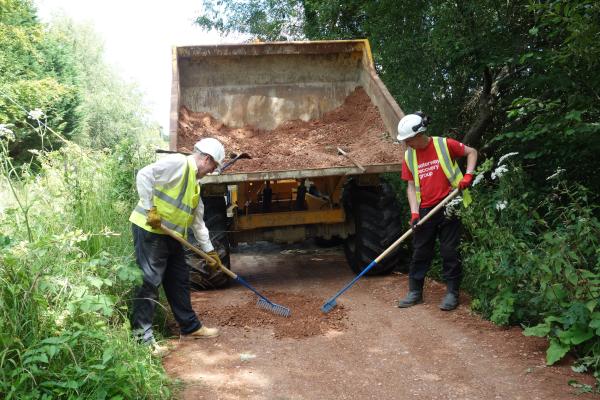 Volunteers at Loxwood, repairing and improving the towpath for the many walkers, cyclists and horse riders who use that section. Thank you to Loxwood Parish Council for a grant which is helping to pay for materials.
Credits: Gill Davies - 17 July 2020 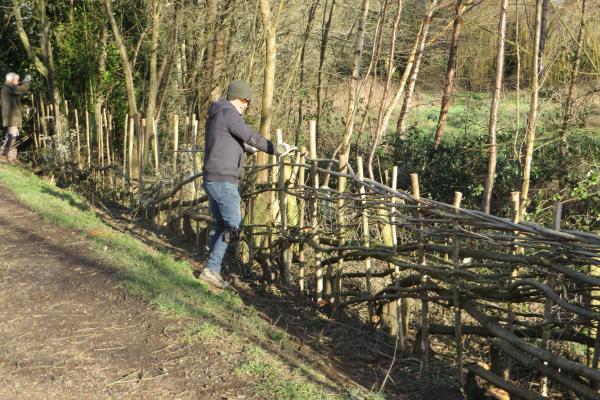 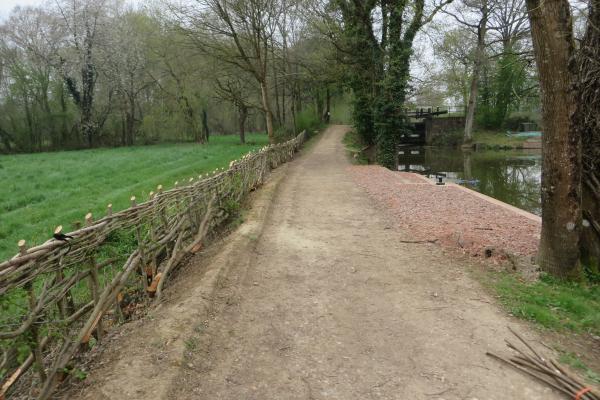